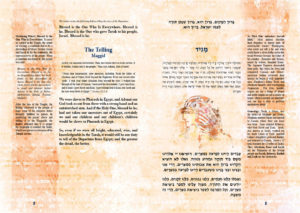 Because historical texts are intended to be understood, they follow the basic rules of grammar and use words in familiar ways.  Yet translations of many passages of the Book of Exodus are murky, run counter to common sense, or depart from the rules of Hebrew grammar.  Such murkiness often reflects translation errors, which are to be expected, given that Exodus is several thousand years old.  Every language changes over time.  Their words become archaic, obscure, and then vanish unless recorded in a dictionary.  Verb constructions serve different functions in different eras.  Moreover, in the case of Hebrew, conquests by Assyria, Babylon and Rome reduced the number of texts and native speakers who knew their meaning and cultural context.  Thus, when King James I commissioned a new translation of the Bible into English in 1604, the 10 people responsible for translating Exodus from Hebrew had to guess at the meanings of many words and lacked knowledge of the cultural context in which Exodus is set.  Most English translations of the Hebrew Bible are founded on the King James Version and have inherited translation problems from it.

Modern translators recognize that obscure Hebrew words can often be clarified by comparing them with cognates from other Semitic languages, sister languages with a common origin and similar grammar and vocabulary.  Words or word-roots that became obscure in Hebrew were often preserved in Arabic or in Akkadian, the language of Babylon and Assyria.  Using cognates for comparison and adhering to the principle that the text must comport with common sense, this translation has reconstructed the meanings of dozens of Hebrew words, clarifying passages that had been obscure.  Substantive differences between this translation and standard translations are shown in margin notes or endnotes.