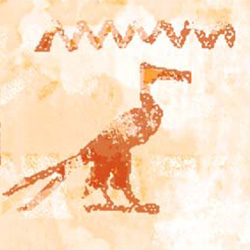 “Upon all the ‘gods’ of Egypt, I will execute judgments – I – Adonai,” declares God in Exodus 12:12. The passage promises the utter destruction of the Egyptian gods, yet curiously, the Book of Exodus seems not to describe a single judgment against a god of Egypt.

Now, some might dismiss the “broken promise” as a redacting error, a careless scribe’s leaving the battle between God and gods on the cutting room floor.  But if we honor the text by remembering that it was written for people steeped in Egyptian culture, we soon see that the promise is not broken. Our understanding of the context is deficient.

In that regard, Egyptians personified the forces of nature important to the well being of the people and worshipped those forces as gods.  Over 2,000 years, Egyptian gods’ names and functions sometimes changed, but the correlation of natural forces with gods was a constant of Egyptian theology.  With that context, the wondrous events of the Book of Exodus are transformed from mere parlor tricks to demonstrations that God controls the force of nature the Egyptians ascribed to gods.  And as events unfold and the gods crumble, Egyptians become progressively disheartened and the Israelites grow ever more hopeful that God can and will free them.  Three examples demonstrate this proposition.

Aaron and Moses appear before Pharaoh, and Aaron’s staff becomes a “tannin” when thrown to the floor. “Tannin” means “crocodile” in Hebrew, though it is usually mistranslated as “serpent.” Egyptians and Israelites knew that the god Sobek, depicted as a man with the head of a crocodile, was Pharaoh’s personal god who symbolized Pharaoh’s power of life and death over his subjects.  By transforming Aaron’s staff into a crocodile that swallowed the staffs of Pharaoh’s courtiers, God demonstrated that Pharaoh’s days were numbered; Sobek could not help him. Sobek had been judged.

The Egyptian fertility goddess, Heqat, was depicted as a frog. Indeed, the name Heqat meant “frog.”  In the second plague, frogs proliferated, became an unbearable nuisance, died and stank until the Egyptians begged Moses to remove “Heqat” – goddess and frog.  Thus, Heqat was adjudged a mere human creation, not a controller of fertility.

The meaning of the fourth plague, “arov,” became obscure centuries ago. Some commentators translated it as “insects” while others as “a mixture of wild beasts.”  In early Hebrew, arov was pronounced “gharab,” a cognate of the Egyptian word “khpr” (and its variant “khrb”), which meant “scarab beetle” and also Scarab-god.  A scarab lays eggs in dung, which it forms into a ball and rolls into a hole in the riverbank. Eventually, the eggs hatch and scarabs emerge from the mud.  By analogy, Egyptians believed that Scarab-god rolled the sun across the sky by day like a dung ball, pushed it into a hole in the west at sunset, rolled it inside the earth at night, and pushed it out in the east at dawn to repeat the cycle.  In contrast to other gods, Scarab dwelt in the interior of the earth, not on or above it.  And Exodus alludes to Scarab-god’s dwelling place, stating: “Egypt’s buildings and even the ground they are on will fill up with scarabs … so that [Pharaoh] will know that I, God, am in the interior of the Earth.”  (Exodus 12:17-19.)

As discussed in The Exodus Haggadah, Israelites and Egyptians would readily have understood each plague, as well as the killing and eating of lambs and the drowning in the sea, as judgments against the gods of Egypt – demonstrations that Adonai controls the forces of nature ascribed to those gods, who control nothing and are nothing.  Yet uttering the gods’ names would honor them.  (Cf. obliterating Haman’s name at Purim.)  Thus, with one exception, the Book of Exodus mentions the gods obliquely, by their symbols or Hebrew names for the natural forces ascribed to those gods. The exception is the fourth plague, scarabs. Because scarabs do not occur in Canaan, Hebrew had no native word for scarab and the Book of Exodus used the actual name and address of the Egyptian Scarab-god, properly modified to fit Hebrew phonology.