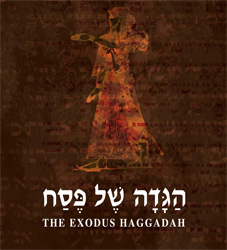 The obvious solution is to tell the story of the Departure from Egypt, using the Traditional Haggadah as it was intended: to supplement to explain parts of the story and to guide us in prayers, rituals, and song.  Surprisingly, none of the thousands of Haggadot published in the past century has followed this approach.  Rather, many recount the liberation of other nations, groups, or social classes, omit material from the Traditional Haggadah, or add material about contemporary Jewish matters.

Yet, the story of the liberation of the Jews from slavery in Egypt – our story – is an engaging and amazing story.  It is one that deserves to be told.  The Seder is the place to do it and the purpose of the Exodus Haggadah is to make it possible for all Jews, regardless of schooling, to do so in a meaningful way.