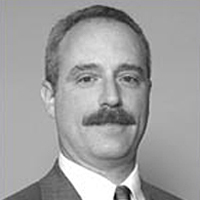 His earlier careers include a stint as a reporter in the San Francisco Bay Area, an instructor at Tel Hai College in Qiryat Shemonah, Israel, and a translator of scientific, legal and securities texts from Hebrew into English for a New York mega-law firm. In his spare time he teaches classes in the development and structure of Biblical Hebrew. He is the author of The Exodus Haggadah: Telling the Story of the Departure from Egypt in the Words of the Book of Exodus, published in the fall of 2006 by Vayomer Publishing Company.