Home > How Does This Haggadah Differ From All Others?

About 35 centuries ago, the Book of Exodus tells us, our ancestors ate a hurried midnight meal of roasted lamb, unleavened bread and bitter herbs, and awaited the signal to leave Egypt for freedom and the unknown.  Seeing God’s hand in the events that led to their escape, they asked future generations to tell the story of their Departure.  For generations, the telling – haggadah – occurred in Jerusalem.  By day, pilgrims brought lambs to the Temple, priests set fat from the lambs on the altar, and Levites sang Hallel.  That night, over feasts of roasted lamb, matzah and bitter herbs, the pilgrims joyously recounted the Departure.  Jews who could not travel to Jerusalem held similar feasts where they lived. 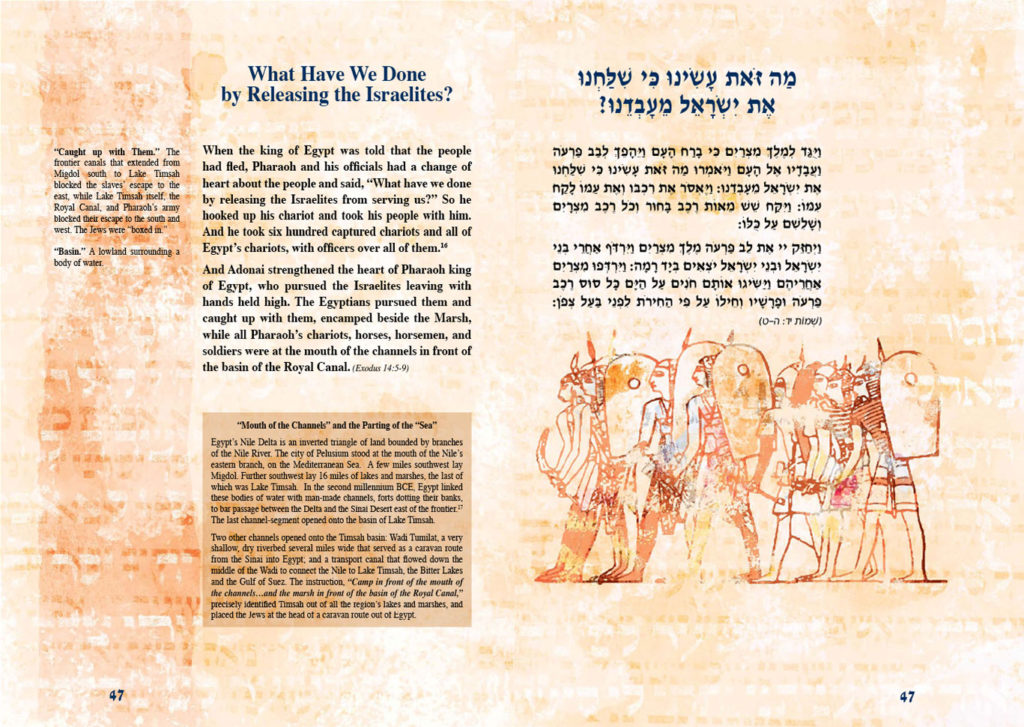 This Haggadah takes a different approach – the original approach – to the Seder.  It returns the story of the Departure from Egypt to its place as the focus of the evening, and, with it, the interest and understanding the story naturally generates.  The text, taken directly from the Book of Exodus, is interleaved with all of the rituals and prayers of the Traditional Haggadah, which divide the story into intelligible segments and move it forward.  The familiar rabbinic commentary and anecdotes appear in the margins together with notes on history, geography, and language that place the story of our people’s origins in a historical context.  The four cups of wine are placed at points where the story itself arouses gratitude.  All four cups occur before the meal, which frequently becomes the stopping point of the Seder.

Compiled by a Semitic linguist and lawyer, this Haggadah is an independent effort to address the need among contemporary Jews for a Haggadah that respects tradition and yet is accessible to all Jews, regardless of schooling in Jewish history or religion.  Because this Haggadah has not been commissioned by any rabbinical organization, no representation is made as to whether it complies strictly with halachah, Jewish law, as expounded by any branch of Judaism.  Rather, it is offered to those Jews whose personal religious practice permits them to modify the traditional Seder where an enhanced appreciation of Passover is the intended result.  If a renewed appreciation of the Traditional Haggadah also results, so much the better.